Wax and Sculpture since earlier times!

Ever since I discovered Encaustic I got hooked, and have been using this “new” medium every time I can, even in my sculpture work.

I say “new” because it’s “new to me”, but it’s really an old media that is making a strong comeback.

It was actually the Greeks three thousand years ago who started it all, when their shipbuilders decided to mix beeswax with Damar resin to caulk and waterproof hulls. In fact, Encaustic, comes from the Greek word Enkaustikos, that means, “to burn in”. As Greeks found that by heating beeswax and adding Damar resin to it, the mixture would raise the wax melting point and hardness. It was then, only a matter of time for people to start adding pigments to the mix and create a painting medium with great luminosity and depth, which has been used as far back as the Greco-Roman Egypt era.

NOTE: Evidence of this ancient medium can be found in museums all over the world. If you're ever in New York City, visit the Metropolitan Museum and take a look at the Fayum Mommy Portraits from the Greco-Roman Egypt era in their collection. It’s amazing to see how wax has preserved the vivid colors of the pigments for so many years.

Consequently, “…the curved hulls of seagoing barques led Greek artists to take encaustic in two directions: flat for easel painting and fully dimensional for the polychroming of clay and marble sculptures… [Evidence of earlier sculptors using wax can be found in] a krater [large vase used in ancient Greece to mix wine and water] from the fourth century B.C., now in the Metropolitan museum of Art, [that] depicts a sculptor applying wax to a marble figure,” Joanne Mattera, The Art of Encaustic Painting: Contemporary Expression in the Ancient Medium of Pigmented Wax, Watson-Guptill Publications (2001).

Recently, during a trip to Madrid, Spain, I got the chance to visit the modern, contemporary Museo Nacional Centro de Arte Reina Sofía. It was such a treat!

Amongst all the wonderful art I got to see, experience, and enjoy, I came across a couple of wax sculptures that inspired me to write this post, they were both made by Post-Impressionist Italian sculptor, Medardo Rosso (Turin 1858-Milan 1928), and the best thing is that they allowed me photograph them.

Both sculptures were made using Wax on "Escayola," (which is a very high quality plaster use for construction in Spain). Here are the images, enjoy!

In my opinion, here the wax brings to the pieces a sense of exquisite delicacy!

As we can see, wax and sculpture have had successful marriages all throughout history,  as a coating for  marble, clay, plaster, wood, fabric, and other porous surfaces, as well as in the "Lost-Wax" technique used to cast metal sculptures.

Of course, my work could never compared to Rosso's works, but since I'm sure you're curious to see what I have done with this "new" found medium, here are some of my sculptures where I have used Encaustic.

I have a stoneware and wax sculpture I recently finished, but don't have a good picture of it yet, so I'll try to post it tomorrow after I photograph it under good lighting... and since I can get enough of this medium, I'm currently working on a "book art" sculpture, using paper and wax. I'll post pictures on another post when I'm done!!
8 comments

Amongst the art workshops I took last year, Solarplate was one of them. For this, I traveled last March to New York City to take this workshop with the internationally recognized painter and printmaker, Julio Valdez.

You may be asking yourselves what is Solarplate? It is a revolutionary and versatile method of printmaking created by master printmaker, Dan Welden in 1972, to create an etching or photo-etching plate using solar energy, developing the image with water. Solarplate is a non-acid, non-toxic method that produces extraordinary results.

This technique claimed to be a wonderful process for painters, mixed-media, and photo-based artists to create fine art limited edition prints and installations. So I had to give it a try!!!

For this workshop I had to prepare in advance the images I wanted to experiment with in the class. I had to create positive images (5 X 7 inches each), either hand-drawn or photo based, on a translucent or transparent material, such as clear/frosted Mylar or acetate.


For the hand-drawn images I had to use opaque materials, like pencils, inks, gouache, acrylics, oils, litho crayons, etc. For my drawings I chose to work with pencils and ink.

Some people in the class, brought printed photographs on prepared "clear" mylar/acetate, and then reworked the images by hand, like you would with the hand-drawn pieces. Since the quality of the positive image created is going to determine the quality of the plate and therefor the prints, they had to make sure to get their photographs printed at a good printing place, like Kinkos or any other professional printing place. It was also recommended to try the same image printed in two variations of contrast/tones.


Here's a little video I took from Julio Valdez explaining the process...

Now we are ready to start printing!!!


We also did a reverse method to etch the plate (Embossing). By inking the plate, before exposing it to the light, my daughter (who took the weekend workshop with me) and I did a collaborative plate...


We made a few more plates and prints, from the different drawings we brought during that wonderful weekend for both, my daughter and I. Back into my studio, I have been using some of my prints for my mixed media artworks, and here's one of them...


NOTE: The bees in "El Panal" are Solarplate prints.


NEW!!! Want to learn this technique but using the sun instead of the UV-light Solarplate box? Join the Dorothy Cochran's workshop at my studio. She'll be coming all the way from New Jersey to teach us the technique she uses for her fabulous Solarplate prints!! For information about her workshop click HERE!

My Monthly e-Newsletter for January 2012

My January Art Newsletter is out...you can read it following the link below:


Want to have the next issue delivered directly to your Inbox? Just click on the "Join Our Mailing list" label, at the bottom left margin in the newsletter. Your information is safe and never shared and you can easily unsubscribe at any time if you ever wish to. Thank you for your interest. 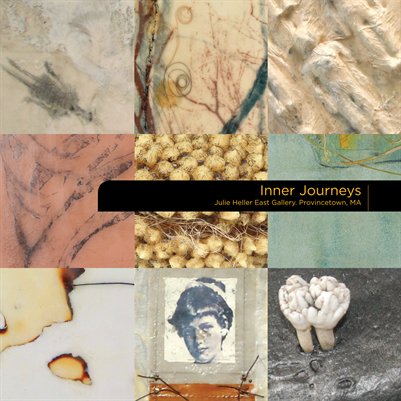